Eric L Hansen's color images are deeply personal storyboards of his own connections to post-
modern culture. Reviewers have called his work:

“An enduring vision that will enable us to see the world in a new way. “
---Philip Brookman, Corcoran Gallery of Art, Washington DC

"…At once fascinating and horrifying… I experience a jumble of emotions"
---Jeanne Friscia, San Francisco Cameraworks. 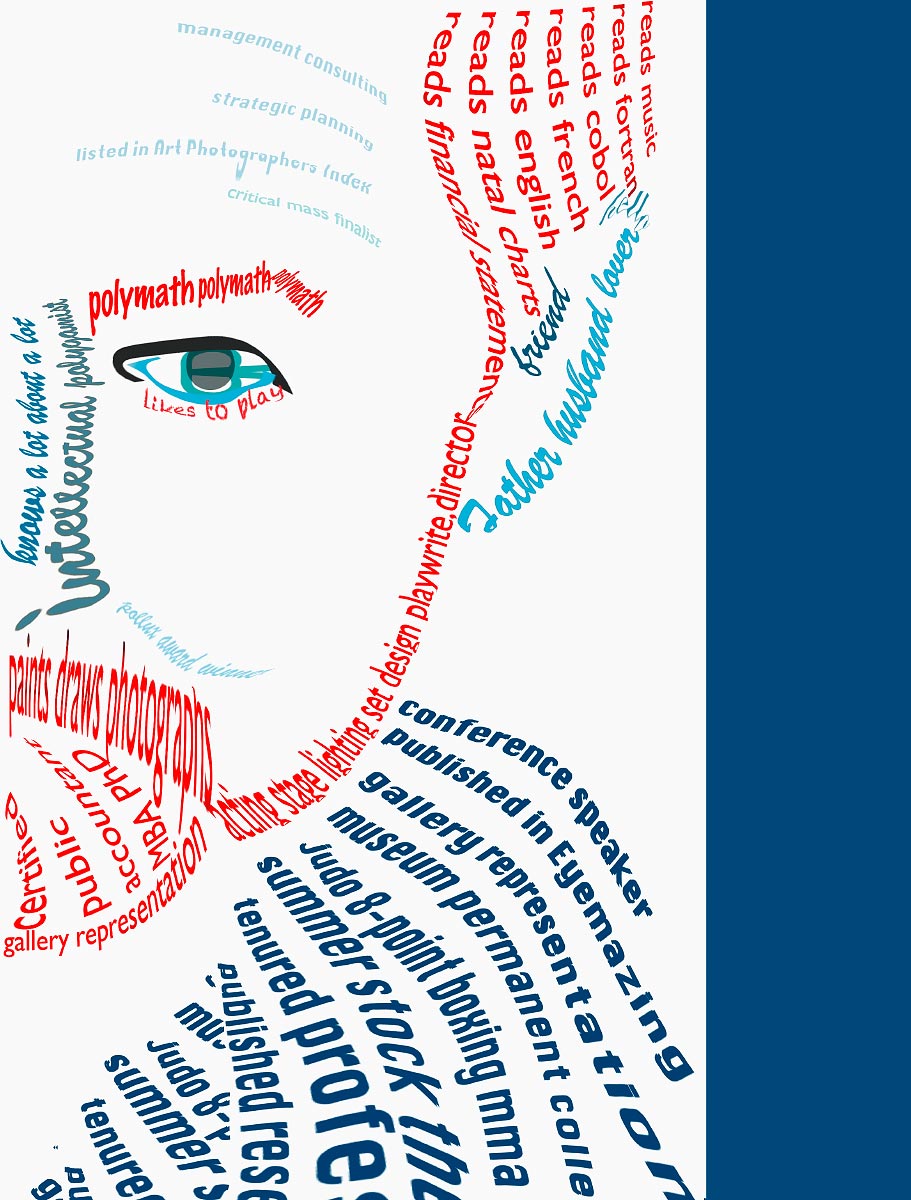 Eric’s work has been featured in the Lucy award-winning journal Eyemazing and published in the Connecticut Review. His private collectors include the actress Drew Barrymore, producers Margaret Koval and Penny Adams, and film director James Contner. In 2010, Eric won three First’s and an Honorable Mention in the Pollux Awards international competition. This work was exhibited in Buenos Aires in January 2012.

From the beginning, Eric cannot remember a time when he was not drawing and painting. He was born in Staten Island, New York City, and later went to grammar school in Bayside, Queens. His mother had studied fine art at Harvard, and she sent him to art lessons at age three. Eric’s first toys were crayons, fat pencils, watercolors, tempera paints, and special papers. When Eric was 10, his grandmother gave him a camera. While he continues to draw and paint, he never gave up his cameras.

At 14, Eric encountered Picasso’s Guernica for the first time at the Museum of Modern Art. He was so moved by that experience he bought a print and framed it for his room where he could see it every morning and night. About that same time, Eric’s black and white photography began to win national high school photo contests. Under his senior yearbook picture, the high school staff typeset “photography wizard.”

Eric earned a BFA degree from Newark College of the arts, where he double-majored in theater and creative writing. He continued his studies in studio art, but the theater group became his second family… two seasons in summer stock, stage lighting, set design, acting, three of his one-act plays produced.

For a long time, Eric made photographic images, almost all black and white. But he would also draw in charcoal out of some frustration that he couldn’t do with film what Picasso had done in Guernica. With color, he experienced a similar frustration relative to the abstract expressionists. Still, he loved the processes of photography as much as painting, and perhaps a little inspired by David Hockney, he continued to do both.

Fast forward to digital media: Eric immediately saw the possibility to go beyond the traditional single image into printmaking, collage and mixed media. He could conceive drawing, painting and photography in a single work. Since then, cameras have continued to be a part of his processes. But he also works with acrylic paints, charcoal drawing, silkscreen printing; he continually scans, re-scans, re-photographs, and collages. Most of his final editions are printed with Lightjet technology. So he is truly a mixed media printmaker.

By the end of the 1990s, Eric believed it was time to begin showing his work to a larger audience. In 2002 he submitted work to 16 juried group shows, expecting to be accepted into two or three. He was accepted into 16. Printing and framing and shipping occupied Eric full-time for the next three months. This marked the beginning of his emergence onto the national art scene. He finaled in Photolucida’s Critical Mass competition. He held his first solo exhibition at the George Billis Gallery in Los Angeles.

One theme binds Eric’s work together. It is the passage of time, and how we do or do not experience it. In Blood Rescue, he questions how we as a species have changed, or not, since the cave drawings at Lascaux and Chauvet 35,000 years ago. In Dollhouse, he creates image moments. These are intense, visual instants in time where we experience both the past, layered onto a present moment through the quality of memory; and also the future, layered on through the quality of imagination.

Eric’s style is representational, but he takes extreme liberties. What you see in his work is graphically engaging, and also ambiguous. Eric loves the ambiguity that mirrors life where increasingly, it is difficult to know anything as absolute. “Where is Truth? What happened to Beauty?” Eric asks. He is quite certain that the last people to live with absolutes were the cave painters at Chauvet and Lascaux 35,000 years ago.

When Eric sees morning red skies, he remembers his boyhood sailing mantra, “Red in the morning, sailors take warning!” For Eric, making art is one piece in the mosaic of his life. There are many pieces.

In Sherman Oaks, California, Eric had fallen asleep in front of the fireplace one night before his show at the Los Angeles County Museum of Art. Four of his daughters and the poet Stellasue Lee were conversing quietly. The daughters had come from Rio de Janeiro, Knoxville, Tennessee and Winton-Salem, North Carolina to celebrate his opening the next day. “Dad is pretty cool,” Liz said. Eric was born in the year of the Tiger. He dozes like a big cat.

The next morning, he was the second one awake. Stellasue had made green tea. Now he sat on the back patio with her looking out into the garden. 100 feet up in the California Oak, two squirrels chattered over acorns. “Are you nervous about tonight?” she asked. “No,” he said, and he thought, Life is good. I am happy.

Today Eric works lives with the poet Stellasue Lee and their two cats, Tennyson and Caylie, in East Nashville, Tennessee.